Ø  Birla Public School has been ranked as a sixth top school of its category in India by the Education World.

Ø  Commerce Talent Search Examination for the session 2018-19 was conducted on 20th January 2019 in the senior Academic Block. 110 students of class XII and XI appeared the CTSE.

Ø  Science and Creativity Week celebration was organized at Birla Science Center, Pilani from 22-28 February 2019. In week various Inter School BET competitions were conducted. Our school participated in various activities. The result of the competition is as follows:-

Ø  Platinum Jubilee All India Debates was conducted from 29th August to 1st September 2019.14 teams including 4 schools of BET participated in the debate. Mody school Lakshmagarh won the debates and The Hyderabad Public School stood the runner-up.

Ø  BSV Mock Parliament was held from August 30, 2019. 25 students from BPS participated in the program. Master Bharat Ghanwani was adjudged as "The Best Speaker" from Birla Public School by the Jury members.

Ø  Five students from each House of Middle Section took part in the 2nd Korean-Indo Friendship Painting competition on July 18, 2019, and July 19, 2019. The entries were sent to the Korean Embassy NEW-DELHI.

Ø  The Reserve Bank of India, Jaipur organised E-Baat for the students of the senior section on 27th August 2019.

Ø  Three students 2 from class 7 and one from class 8 participated in BET Science Quiz. held in BBVP, Pilani on 5th Oct 2019.BPS won the 2nd Position.

Ø  Seven boys of the Birla Public School participated in the Scindia School Inter School Debate Competition which was held from the 2nd to the 6th of October. BPS English debating team reached the semifinal round.

Ø  15 students participated in Inter-School BET Science Quiz (Middle Section) was conducted on 30/1/19 at BBVP. Our School team secured the second position in the quiz

Ø  Five students of BPS participated in Khaitan MUN Thinkers Conclave held on 11th and 12 of October 2019.

Ø  This year BET Inter-Institutional Pentangular was organized in our School on 13th Sept 2019. Total 360 students from  BET School participated in this event.

Ø  The BET English Pentangular was organized in BBVP on 2nd of May 2019. Our students secured 5 first positions, 4-second positions, and  8 third and consolation positions in the event.

Ø  As a recipient member of UNESCO ASP net (Associated Schools Project Network),110 students of the school connected with other schools and participated in 'This Is Our Time' a fast-paced, multilingual and intercultural global communications project. The Time Project is a global online network of over 300 dedicated and motivated schools, youth groups and UNESCO clubs having its Headquarters at London, Ontario, Canada.

To ensure all-round development of the boys , Birla Public School conducts diverse co-curricular and extra-curricular activities. BPS has a vibrant Co - Curricular programme. BPS offers a variety of choices for their CCA and Clubs and Societies.

The school has dedicated music teachers in all three sections and students are trained in singing and playing variety of Indian and Western musical instruments.

Every year on 31st August we host All India Vidya Niketan Diamond Jubilee Memorial English Debate. All leading IPSC Schools, Sainik Schools and Military Schools from all over India take part in it. 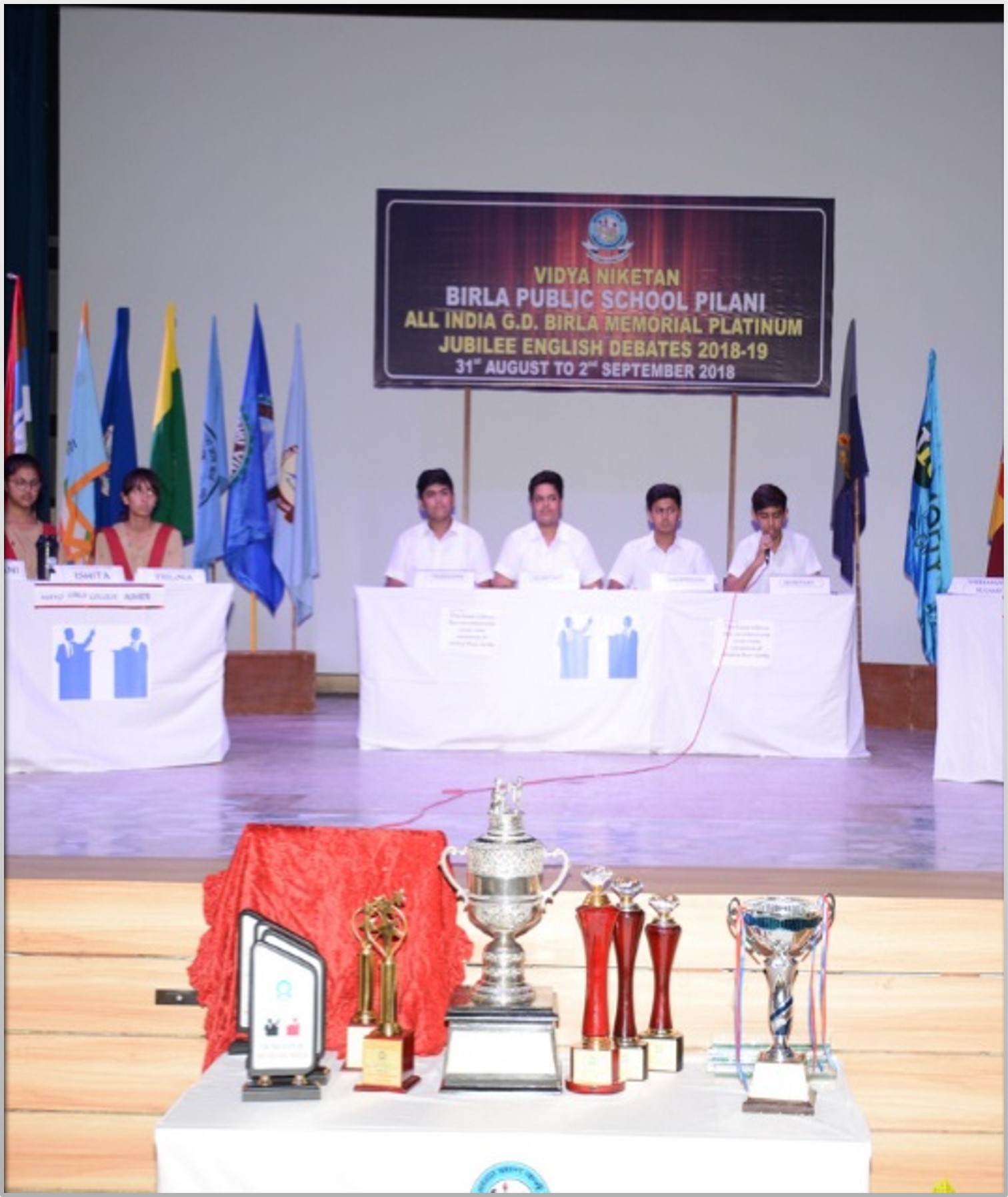 Model United Nations which is popularly known as MUN, is organized every year. Reputed schools from India participate in it. MUN is aimed at making the students learn about diplomacy, international relations, and the United Nations. MUN involves and teaches research, public speaking, debating, and writing skills, in addition to critical thinking, teamwork, and leadership abilities.

The participants gain insight into the workings of the United Nations and the dynamics of international relations by assuming the roles of delegates and UN representatives .It is an opportunity for students to debate issues that confront world leaders and to draft resolutions in response to these global issues. 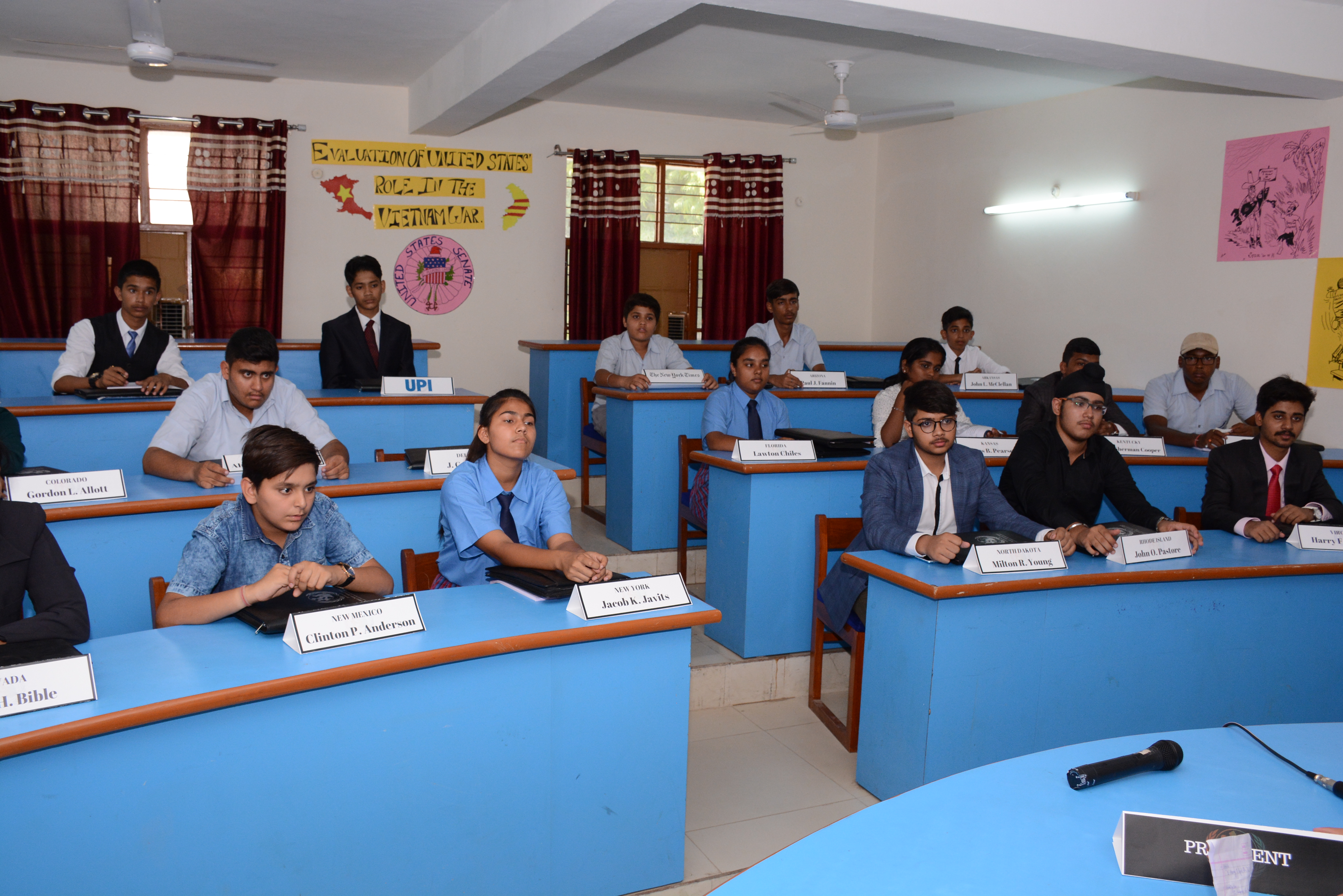 We are active members of SPIC MACAY. Every year, cultural programmes of SPIC MACAY are organised in our school. The aim is to cultivate a feeling of pride for the rich Indian Culture and desire to preserve it. 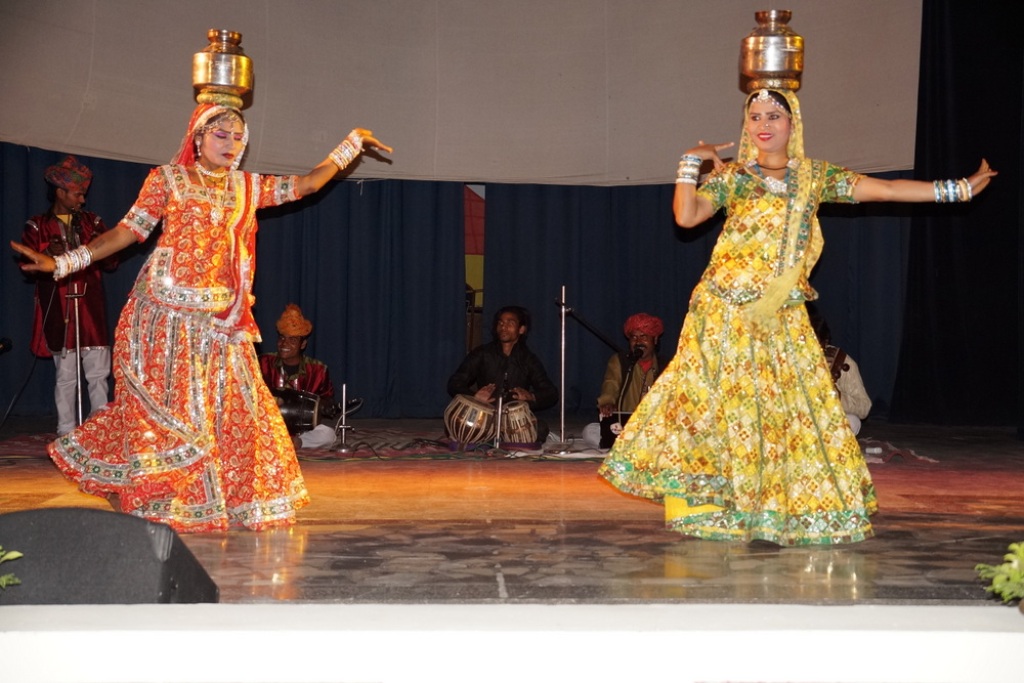 There are various Clubs and Societies that allow the students to be in groups. The various clubs and societies are as follows :

The aim of the club is to develop creative writing in Hindi and English. Original writing are selected and read out by the authors themselves before an audience in the Sahityika Assembly. 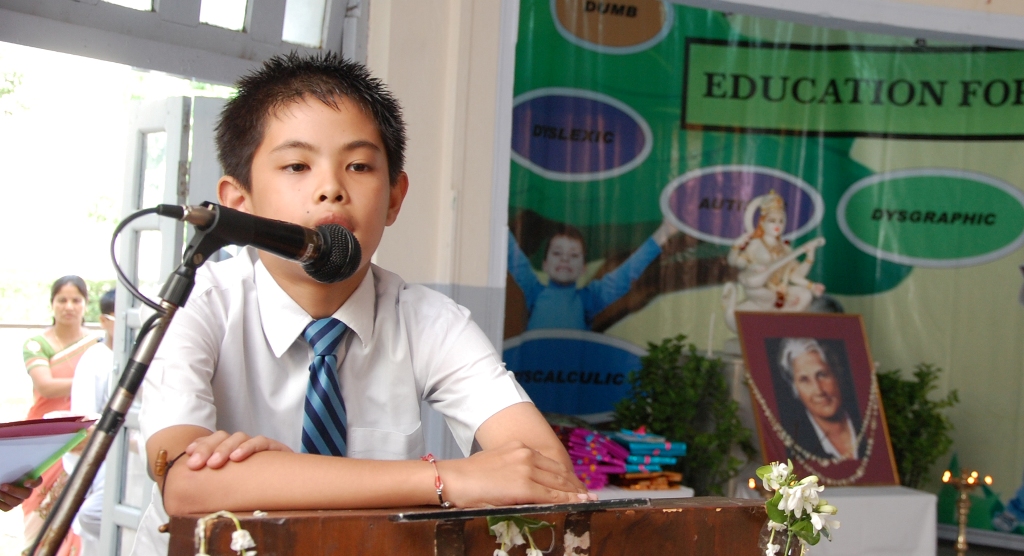 Its object is to popularize and create interest in scientific learning. It also organizes the Science Week every year with seminar, quizzes and essay writing contests etc.

Its objective is to spread awareness among the students about climate change, Rising Sea level, Nuclear waste, Pollution, Deforestation, Land & Soil degradation, Extinction of animal species etc. Its motto is to think globally and work locally.

On festivals the students assemble at the Godhuli Stadium in the evening. A brief talk by students and faculty members on various topics are a regular feature of the assembly. It is also the time for meditation. The students are trained to sit in silence for a few minutes and practice meditation.

The school has a vibrant Horse Riding Club. There are 20 horses in school stable. An experienced horse trainer assisted by well trained horse riding staff trains the boys in horse riding skills.

The School Band has two wings for Sr. and Jr. section. A well-qualified Band Master trains the students in band . The school band caters of the needs of all school functions and other national festivals. 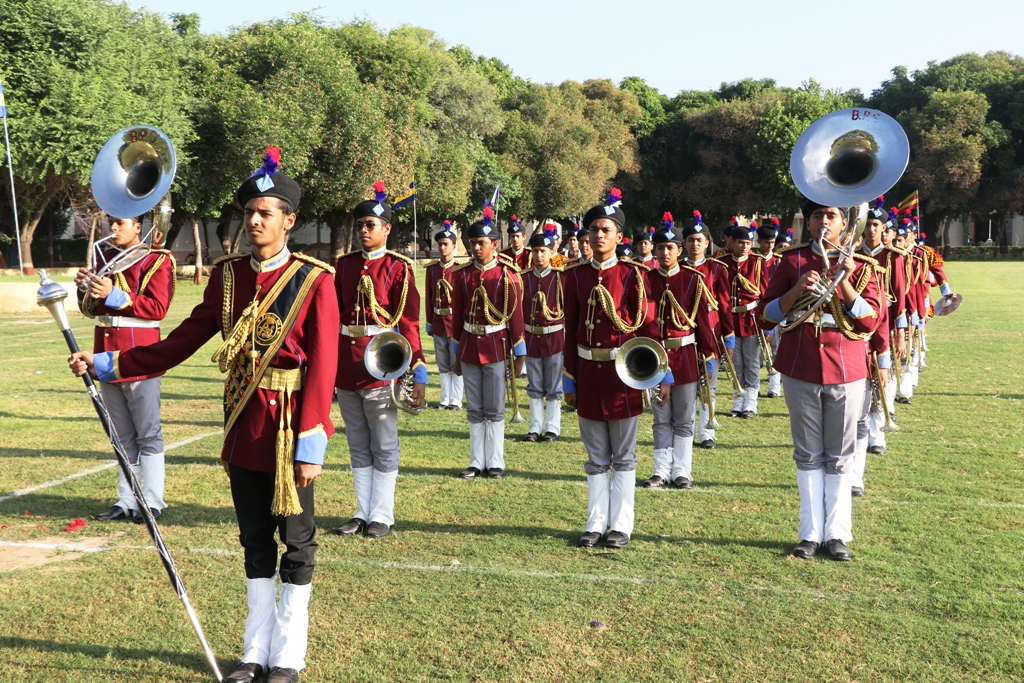 The school has an artificial climbing wall for preliminary training in rock climbing and mountaineering. The students are taken to Uttarkashi and Darjeeling for further Mountaineering and Rock Climbing training. 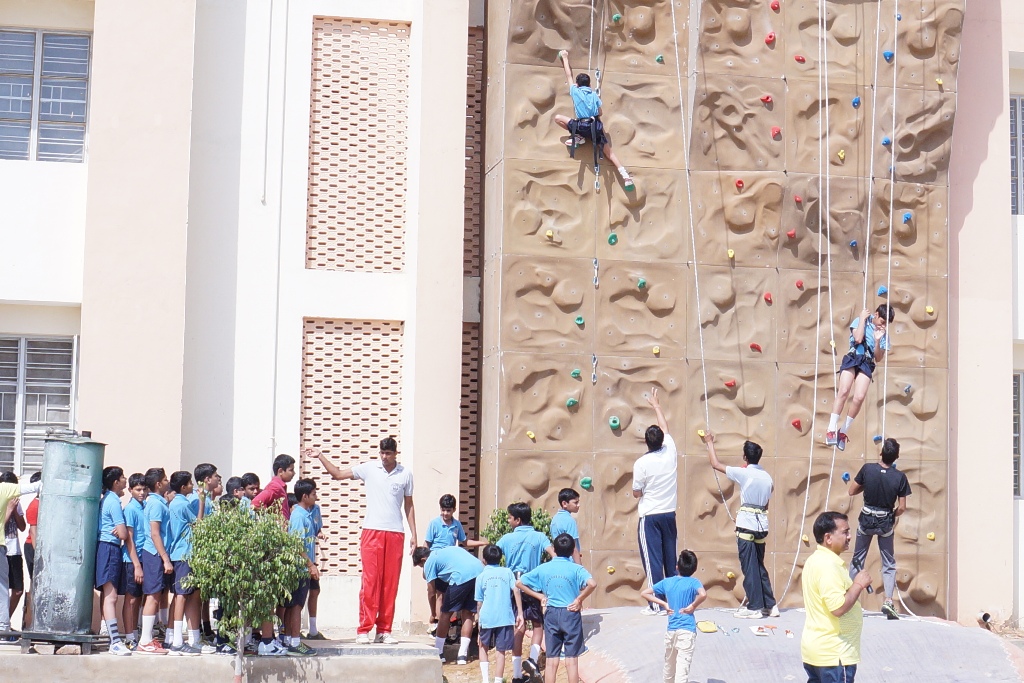 Kalam Club is very actively functioning in our school. The children are planting different types of trees & going to villages to educate the villagers especially the girls. 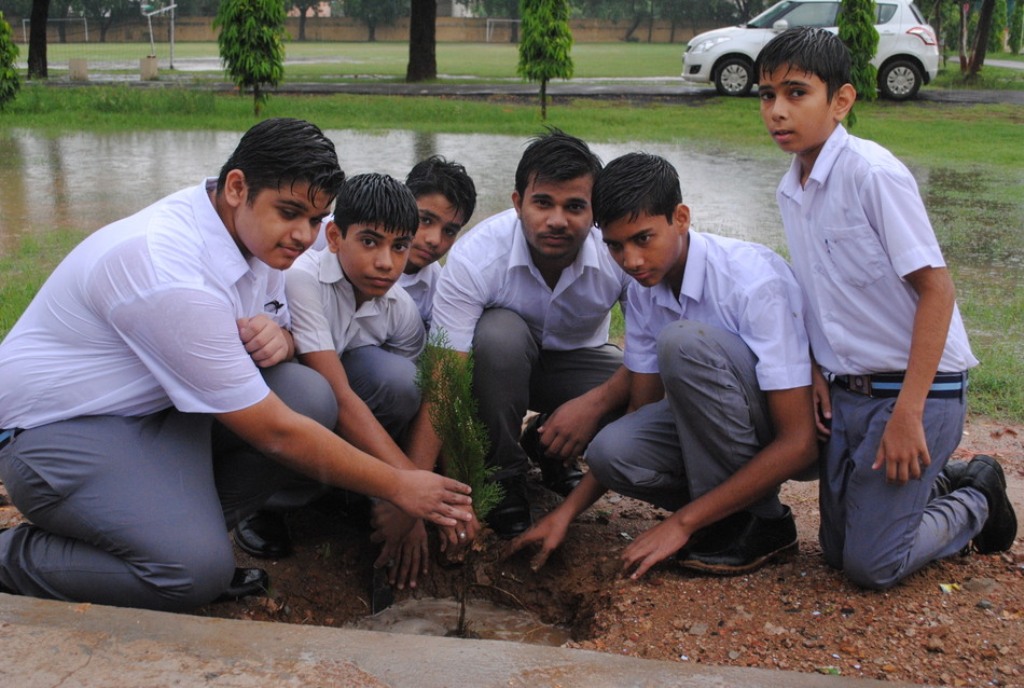 The School is also a member of a United Nations School Organisation. Students are encouraged to participate in various programmes of USO so that they develop a sense of patriotism and universal brotherhood.

The school has all three NCC wings; Army, Naval and Air wing. Students from classes VII to IX can join any one of the wings. Annual camps are an integral part of the NCC training. The NCC cadets join local rallies on Independence Day and Republic Day. Cadets are also chosen for Advance Leadership Training Camps and Rock-Climbing Camps. Attending the NCC camps is compulsory for all cadets. 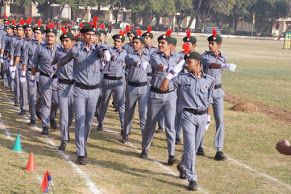 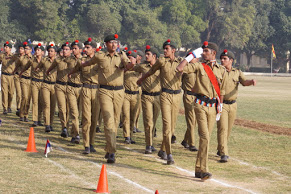 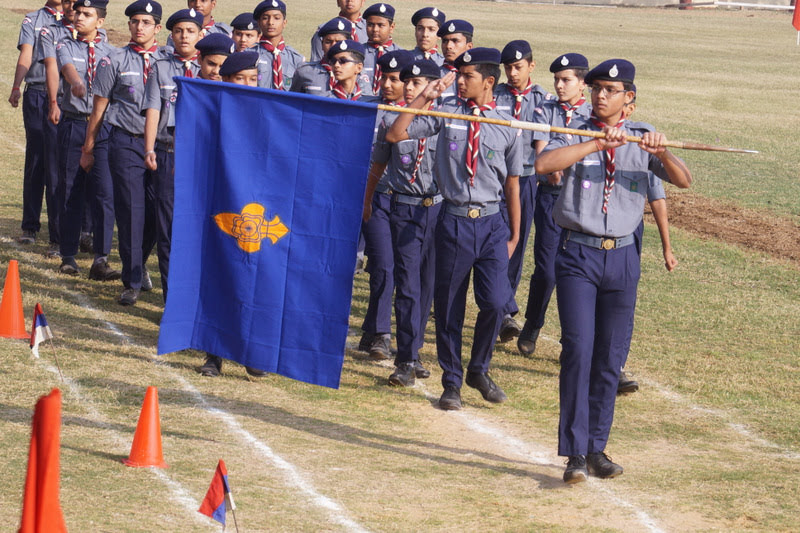 Felicitation Ceremony of High Achievers of CBSE Board Examinations 2018-19